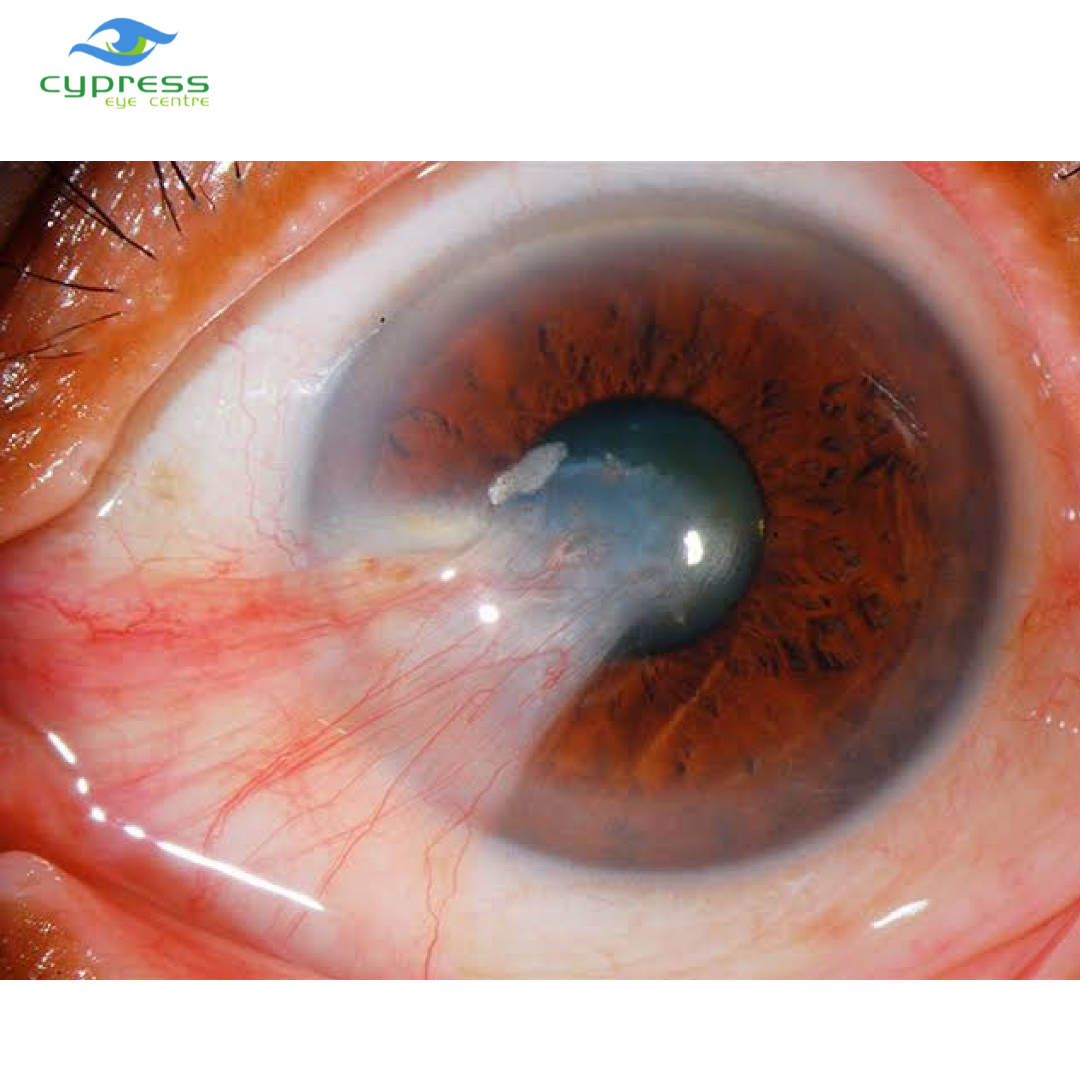 A pterygium is a growth of tissue in the conjunctiva of the eye, which is often triangular in shape. If left untreated, the growth can extend across the pupil obscuring vision or distorting the surface of the eye causing blurred vision.

Exposure to excessive amounts of ultra-violet (UV) light is thought to be the most significant cause of pterygia. This more common occurs in people living in sunny areas and in people whose jobs expose them to UV light (eg: farmers, fishermen, arc welders).

The risk of pterygia is higher in parts of the world, such as New Zealand, where the atmosphere’s depleted ozone layer is less effective at filtering UV light. Other factors that may cause the development of pterygia include environmental irritants (eg: wind, dust, chemicals, air pollution) and a family history of the disorder.

Pterygia occur twice as frequently in males than females and are most common in people older than 40 years of age. They can affect one or both eyes.

A pterygium (pronounced “te-ridge-e-um”) starts as redness and thickening in the conjunctiva of the eye.The growth can extend across the surface of the eye towards the cornea (the coloured part of the eye). Often a person may notice the formation of a pterygium but may not experience any other symptoms. If other symptoms are experienced, they may include:

A pterygium can usually be diagnosed by its distinctive appearance and symptoms. However, in the early stages it may be confused with similar conditions such as pinguecula, which is another form of  growth that affects the conjunctiva (a thin transparent layer of tissue that covers the white part of the eye).

For an accurate diagnosis to be made a referral to an eye specialist may be recommended.

A pterygium often doesn’t cause problems or require treatment.  However, two main treatment approaches can be considered if the pterygium causes discomfort or affects vision.

Short-term use of topical corticosteroid eye drops may be used to reduce redness and inflammation. Where dryness of the eye is a problem, artificial tears are used to keep the eye well lubricated.

Surgery may be recommended if vision is affected or symptoms are particularly problematic.

During surgery, the pterygium is carefully removed and a section of the conjunctiva is taken from under the eyelid and is grafted onto the area where the pterygium was. Surgery is performed using a local anaesthetic and takes approximately 30 minutes to perform.

It is possible for pterygium to reoccur after surgical removal, though this only happens in a small percentage of cases.

To reduce the risk of developing pterygia: